Here is an example from a B2B client, DEIF.

I made the case story on Godik Power, using DEIF’s products to improve its work, save time and money for Godik’s client, Northside Festival.

Video: 30-second cutdowns for social media, to bring awareness to the full case story and video.

At music festivals, remote monitoring of gensets improves rental service and customer experience Godik Power on developments with DEIF: ‘Best setup I’ve seen in my 25 years in the industry.’ 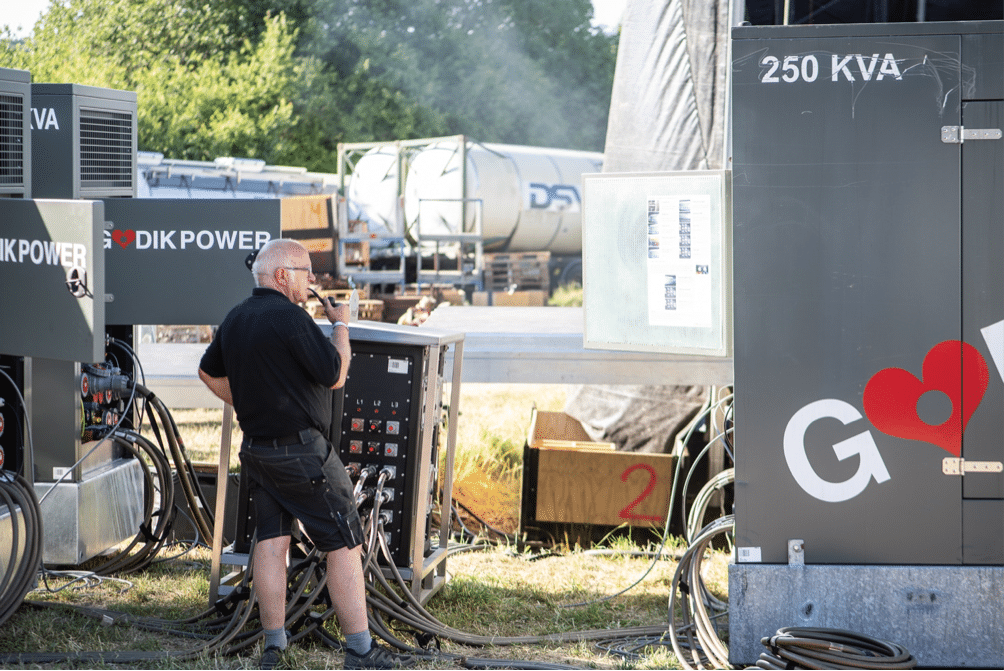 Image: Godik Power’s Hans Mikkelsen monitors DEIF’s Power Management control on several gensets just set up and connected by one of the main stages at the Northside music festival in Aarhus, Denmark.

In Hans Mikkelsen’s world of managing supply of diesel genset rental units to events, he finds order in chaos.

At the Northside music festival in Aarhus, Denmark, scores of hired workers and volunteers build up and maintain a mini-city on top of acres of hilly fields over a few days. Trucks, cranes, forklifts and electric golf carts zip back and forth around the festival area as people build and connect: stages with lights, monitors and amplifiers; booths for making and selling food; draft beer and soda systems, coolers, freezers, payment systems, temporary office buildings, toilets, kitchens and canteens, temporary living quarters, TV compounds for journalists….

“All of it needs electricity, says Hans Mikkelsen, Fleet Manager of Godik Power. “And that’s what we deliver.”

Something is different at Northside this year, however. Godik Power’s portable gensets – and the way to monitor them – just got a whole lot better for Hans and his customers. That improvement comes from a cooperation among Godik Power, Danish generator producers and DEIF. “I’ve worked with DEIF products for 20 years. And I’ve had a good experience with them,” Hans Mikkelsen says. “I’ve not become any less impressed to work together with DEIF after this latest development. Because this is really something.”

DEIF’s contribution comes in both remote monitoring and power management.

With the new remote monitoring feature called Insight, each generator sends real-time operational data to a cloud-based server. Godik Power or its customers can then connect to this server via an app on their smartphones, tablets or computers. “It gives us the possibility to see how much load each machine is carrying at any time,” Hans says. “We can follow them and see how they are running. You can even sit on the beach and follow along with how the systems are running – wherever they are located.”

He says he just had an experience like that the previous weekend, where he checked the Insight app while he was at home. “I noticed there was an unbalanced load at one of the systems we rented out. I called the customer – and he admitted that he was having some problems with one of the generators. I could tell him that he needed to shift some load over to the other phases. He did so, and afterwards, he was incredibly grateful.”

Hans says that festivals typically have multiple units spread out over a large area. At Northside, there are 26 units.

“When we’re at a large festival like this one, it wasn’t unusual previously that we walked 12-, 15-, 20-kilometres a day in our rounds to check on the machines,” Hans says. “We can save a lot of that time now, because we can sit with our computers or iPhones and follow along with what’s happening. We can also see the status of fuel levels and such. And we can plan when and where we need to tank up. As soon as any sort of problem shows up at a unit, Insight gives us an alarm immediately, so we can move and get out to the exact machine that needs servicing. It is a fantastic tool, which I’m really looking forward to using from now on.” 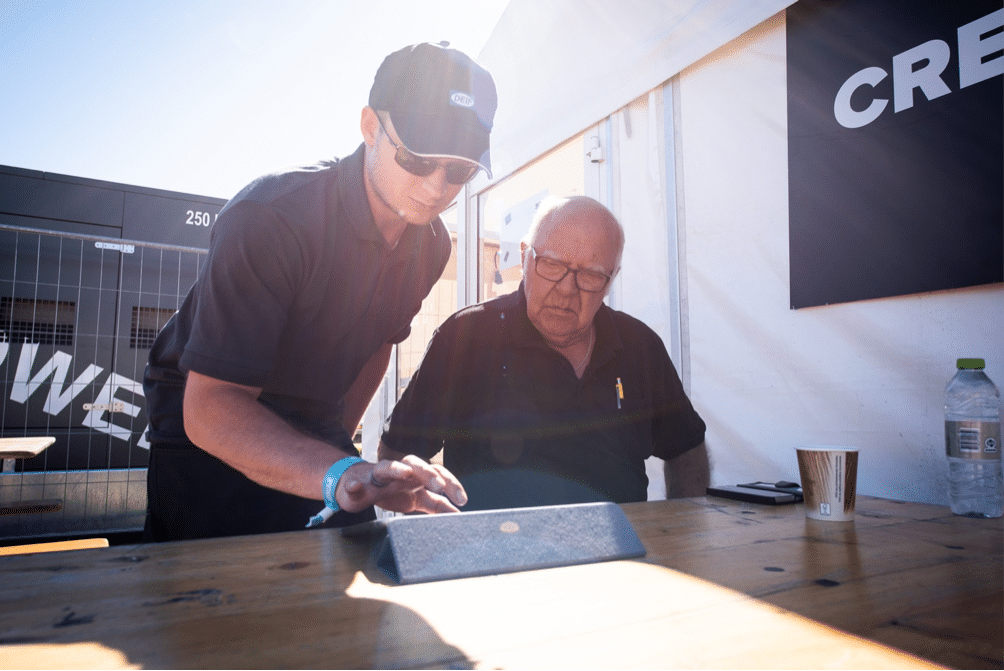 Image: Leon Skov, Technical Support Engineer from DEIF, looks at the remote monitoring app Insight with Hans Mikkelsen of Godik Power. The app gives an overview of all the generators operating at the Northside Festival, their status, fuel level and any emergency alarms.

DEIF’s power management begins during the set-up phase. As Godik Power’s crane lifts sets of 250 kVA generators into each stage area, the crew hooks them all into a switchboard. When in place, the operator starts and aligns all the units via the “Easy Connect” feature in the DEIF genset controller. The first powered DEIF controller asks if it shall “Start a new plant?” After the operator clicks “yes”, it is just a few more simple clicks before all the units are aligned.

When the festival begins and the stages need full power, Hans can just press a button on any generator called “Concert mode,” and this starts up all machines to full load. Now the stage gets full load support during the concert. Otherwise, the machines can run in “Power Management” mode, which powers down individual units to match the actual consumption needed. Thus, when the load falls, gensets stop with it, thereby saving fuel.

“This is especially valuable at an event like Northside, where the festival management wants to run as ‘green’ and as economically as possible,” he says. “Furthermore, I believe that our generator sizes will get smaller – 100, 150, 200 kVA – so that with Power Management, it will be possible to just use them like building blocks, instead of using fewer very large units. That will make our fleet more flexible and give us a better market adaption strategy for our customers.”

Hans Mikkelsen predicts that with both Power Management and Insight, Godik Power will be able to save its customer 20% of the usual amount of diesel needed – along with the corresponding emissions. “At least that’s our goal. Experience will of course show the real figure, but I believe this is realistic.”

And he is expecting great things from this development with DEIF.

“I’ve worked in this branch for 25 years, and this is just super,” says Hans Mikkelsen. “It’s the best generator setup I’ve seen – and built from all of the plusses and minuses from our combined experiences, where we’ve tried to integrate mostly plusses in the new setup.” 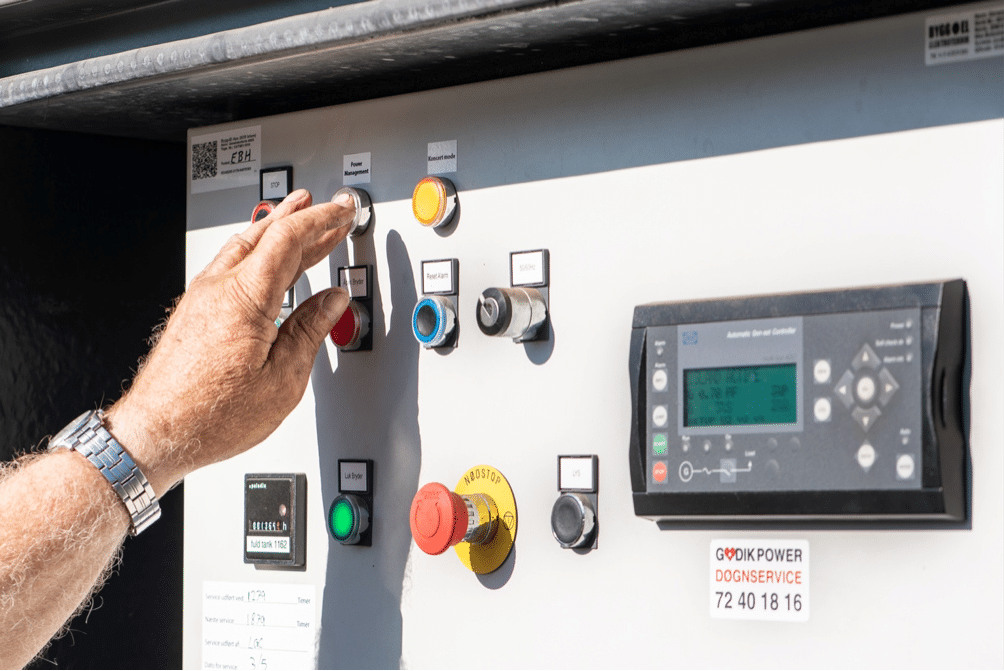 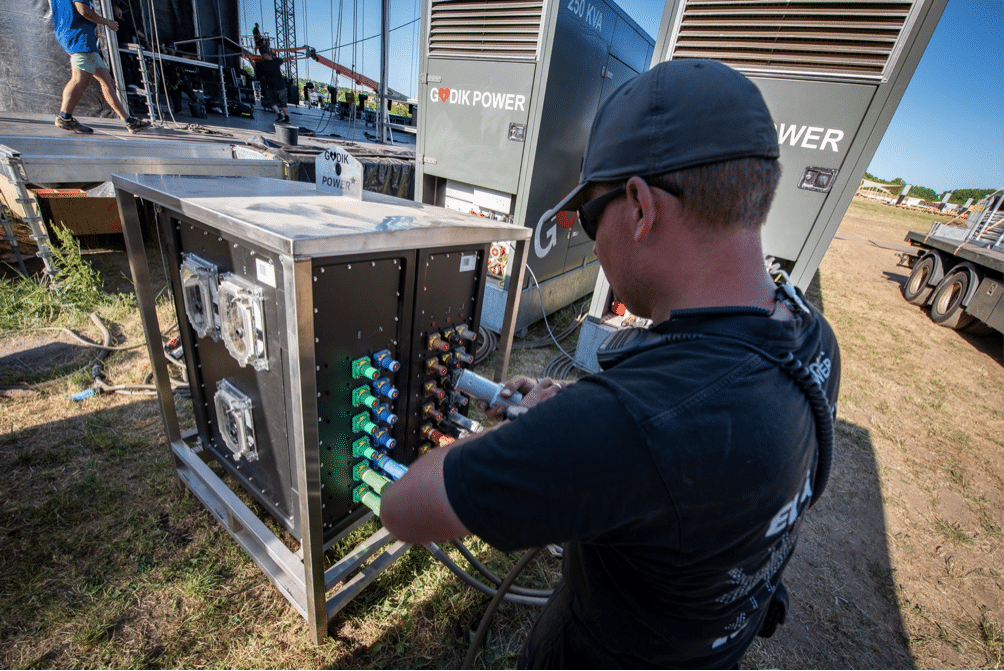 Image: Godik Power’s crew sets up and connects gensets to the switchboard by one of the main stages at Northside Festival. 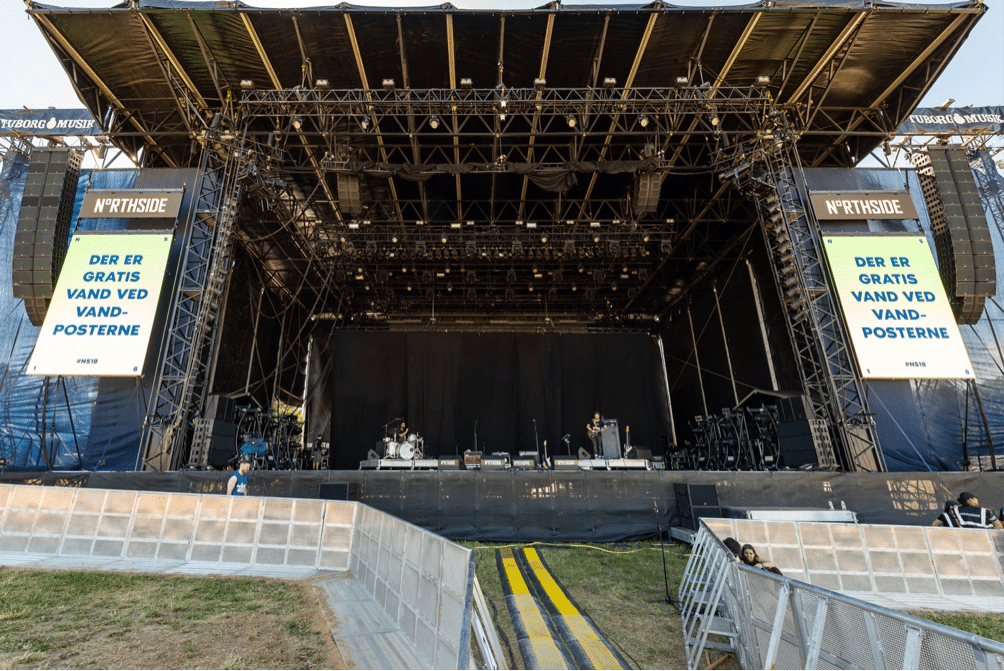 Image: Northside Festival, Aarhus, Denmark, before the official start. “The stages need a lot of electricity,” says Godik Power’s Hans Mikkelsen. “We use eleven 250 kVA generators at each stage. Each unit delivers 200 kilowatt, or 350 ampere.”

“I’ve worked in this branch for 25 years, and this is the best generator setup I’ve seen.”
Hans Mikkelsen, Fleet Manager, Godik Power 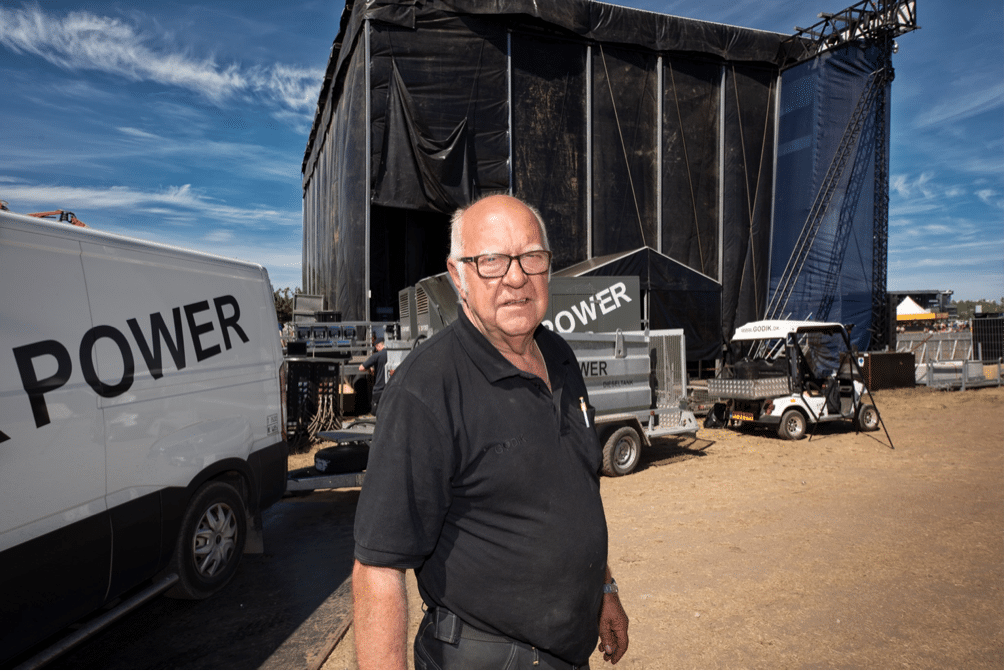